Offering grants to organizations that improve the health and well-being of Canton residents, for over 50 years. 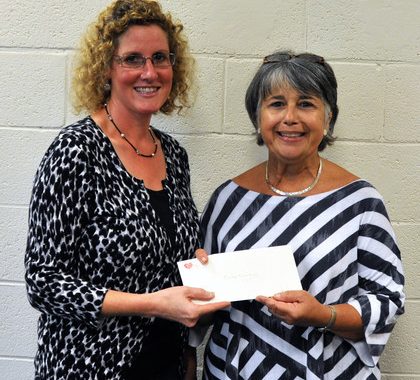 The Directors of the Canton Community Health Fund (CCHF) announced recipients of the foundation’s 2012 grant awards to various nonprofit Canton organizations. A total of nine grants were awarded, each meeting the goals of benefiting the health and well-being of the residents of Canton.
Grants were awarded to the following programs and groups: 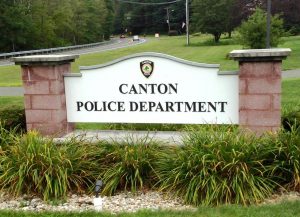 Parks and Recreation Department
The Town of Canton Parks and Recreation Department received funds from the CCHF for the purchase of an Automated External Defibrillator (AED) machine for use at the Mills Pond swimming pool. This specialized piece of life saving equipment will be used in emergency situations to allow fast and immediate treatment to victims suffering from a cardiac arrest.

Canton Community of Concern
The Canton Community of Concern received a CCHF grant for the purchase of a secure medication collection box. This new medication box will provide a means for Canton residents to safely dispose of old or otherwise unneeded medications. This will help reduce the abuse of prescription medications and eliminate potential environmental damage when medications are disposed through the sewers or other improper disposal. The new collection box will be located at the Canton Police Station.

Focus on Canton
The community-wide organization Focus on Canton received a grant from the CCHF to support their ongoing programs that assist residents of Canton who may be single parent families, lower income, elderly, disabled, or people in need of one-time only assistance. Focus on Canton is dedicated to assisting and enabling the residents of Canton to maintain a good quality of life by providing with needs not otherwise met. Funds granted by the CCHF will be used to assist in the purchase of all types of medical related supplies such as hearing aids, eyeglasses, as well as provide emergency financial assistance for rent, utility bills, and other essential services for those in need. Focus on Canton is a non-profit organization comprised of citizens and businesses of Canton including representatives from the Board of Selectmen, Chamber of Commerce, Lions Club, Canton Schools, local merchants, the Rotary Club, and Kawanza.

Gifts of Love
Lastly, a grant is going to the nonprofit group Gifts of Love to fund a weekend backpack program for Canton students and their families. Grant funds will be used to fund the purchase of meals that will be distributed through the schools and individually during summer months to ensure Canton children have access to easy to prepare food and juice to be used by the family over the weekend.

Since its founding, the Canton Community Health Fund has been a source of financial support to scores of non-profit Canton organizations and groups. With funds established and sustained by generous gifts from Canton residents, the Canton Community Health Fund has been a lasting source of financial assiatnce to non-profit groups that serve Canton residents. “Over the past 5 years alone, The Canton Community Health Fund has distributed financial support totaling over $150,000 to Canton organizations and groups in need of assistance.” said Board spokesperson Lynn Miner. “It remains a vestige of the ‘old Canton’ attitudes and actions , caring for each other quietly and generously. It represents what makes Canton a place that is truly a home. ”

The Board meets five times per year at the Canton Community Center, and makes grant awards annually each May.